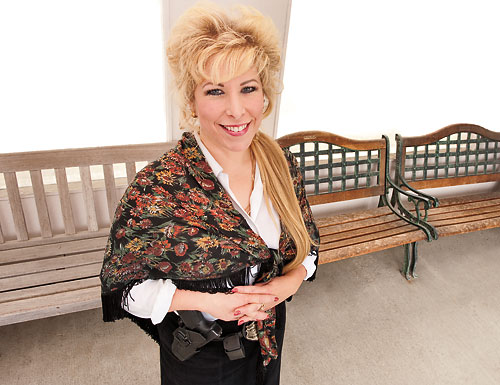 One of the roughest times was a day that I had back-to-back domestic violence (DV) calls.  I responded to the first call and found children curled up on the floor, huddled in fetal positions because they had been attacked by their father.  Their mother had been savagely beaten.  When we went into the house to clear it and talk to the victims, they were afraid of everything.  They kept flinching, crying, had a difficult time explaining what had happened and were extremely traumatized.

Since I was a backing officer, I was released and dispatched to assist on another DV call.  I remember going into the home and I could see blood splattered on the walls.  The suspect had thrown furniture at the victim, had taken kitchen utensil drawers out of the cabinets and had thrown them at her.  He beat her throughout their small home, and she ended up falling down stairs into the front yard.  According to a witness, the guy kept kicking the woman and beating her as she was trying to crawl out into the street to get help.  None of us could recognize her face because she had been beaten so badly.  I remember feeling so much anger, so much frustration, for all these victims.  It was almost the end of shift, and I hadn’t done this before or since, but I was too upset to complete my shift.  I took vacation time and left a little early.  I was overloaded.

I couldn’t even imagine anybody doing those types of things to another human being or animal.  They were all so senseless, so violent, so graphic and unnecessary, that it just enraged me.

I think that officers need to understand their limitations.  We aren’t unfeeling robots going from one call to the next.  These types of violent calls can leave emotional scars.