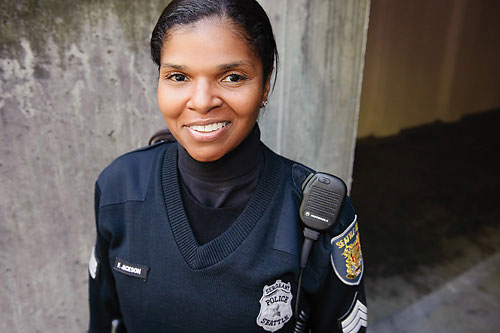 There is one thing that I dealt with that has not left me.  I can’t remember how many years ago now, maybe five.  We went to a DOA call.  A grandmother had been providing day care for her infant grandchild.  As she was holding the baby, she had a heart attack.  She was going in to the bedroom and she fell on the bed on top of the baby.  She suffocated the baby.  So it was a double DOA.  I went to the funeral, which I don’t normally do.  One of the firefighters who responded to the call also went to the funeral.

Other calls stuck with me for a while.  There was one where this guy owed another guy some money from some business transaction.  This guy and his wife worked at a pizza restaurant across from the Seattle Center.  The guy he owed money to came into the restaurant and shot him.  I had to take the wife home.  She had to tell her kids that their dad had been shot and didn’t make it.  That was my very first one that bothered me.